A Bed For Ruger

When I was a little girl one of my very favorite books was, "A Bed For Bitsy". Bitsy came to live with the folks as a tiny little puppy and the story went through all the beds that Bitsy had as he got bigger and bigger. I would have Mom read it over and over to me. Today it was Ruger's turn for a new bed.

What a blessing a sewing machine is! My sweetie got me mine several years ago now and before that I had yard sale finds and then my mother in law's.


Last night, as I lay in bed listening to Ruger shake his head, as his ear is "ailing" again...(he gets the dirtiest left ear, sometimes gets infected, though I try to flush it out at least once per week)...I got to thinking that, just MAYBE, he's allergic to foam. He had a really nice "nest" bed that Syd had fashioned for  him from a couch cushion, up until he decided to first scratch the cover away, then the poly covering, then play with Sturm so rough that the foamy pieces tore out more and more...strewing them into the corners of the bedroom, etc, etc... 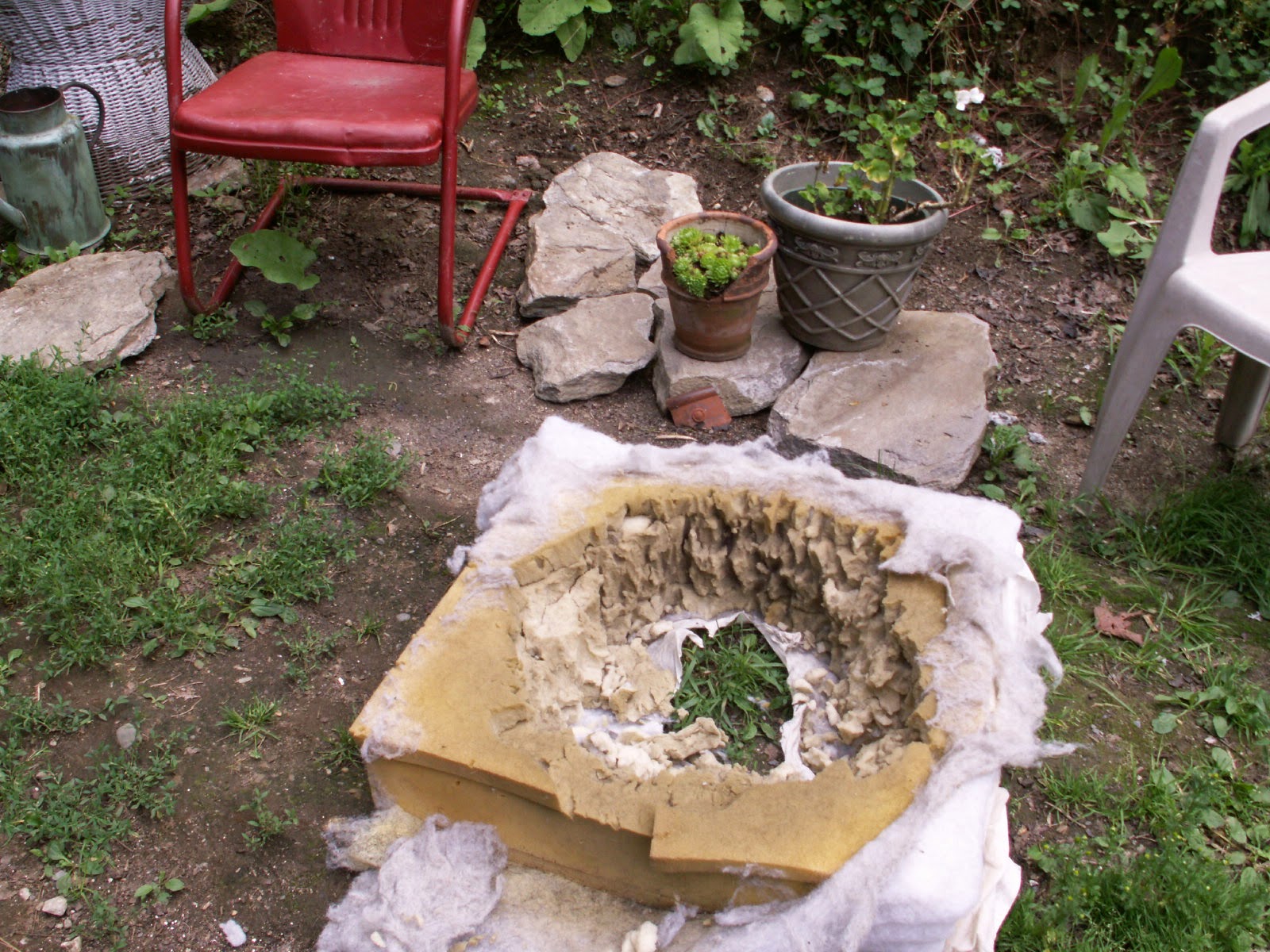 This morning I decided that before the day was out, I'd make it one of today's goals to fix a new bed for him. After working for a couple hours at the office on the hill I came home and Mom and I did up a load of laundry & hung it out (what a BEAUTIFUL day for that!) then we came down to get started. I wish I'd taken pictures, as we started with THREE poly-filled bed pillows, old ones that I was using in pillow shams. As you can see, Ruger tends to like a hole in the middle of his bed with support around the edges, so Mom and I put our heads together with those three pillows. Using my machine, which was NOT an easy task, I ended up sewing the three pillows together so that the least of their stuffings were toward the middle. We then took an old sheet, folded in quarters and made a huge pillow case.

When we got done we called Ruger in and he took one look and curled up on his new bed. He LOVES getting new things and he whined and cooed, with licks and tail wags. Even if he's not allergic to foam, at least all those little pieces of foam rubber won't be floating all over the corners of the bedroom anymore! You can see the pile that I swept up, in the little trashcan below. Now Sturm and Ruger each have their beds again intact. They'll likely fight over this new one, as they had done with the old one (until it got all chewed up, then Sturm didn't really desire it at all anymore).
After their night time snack they would RACE to bed to see who would get the "nest bed", though we could never figure out what made it so special. 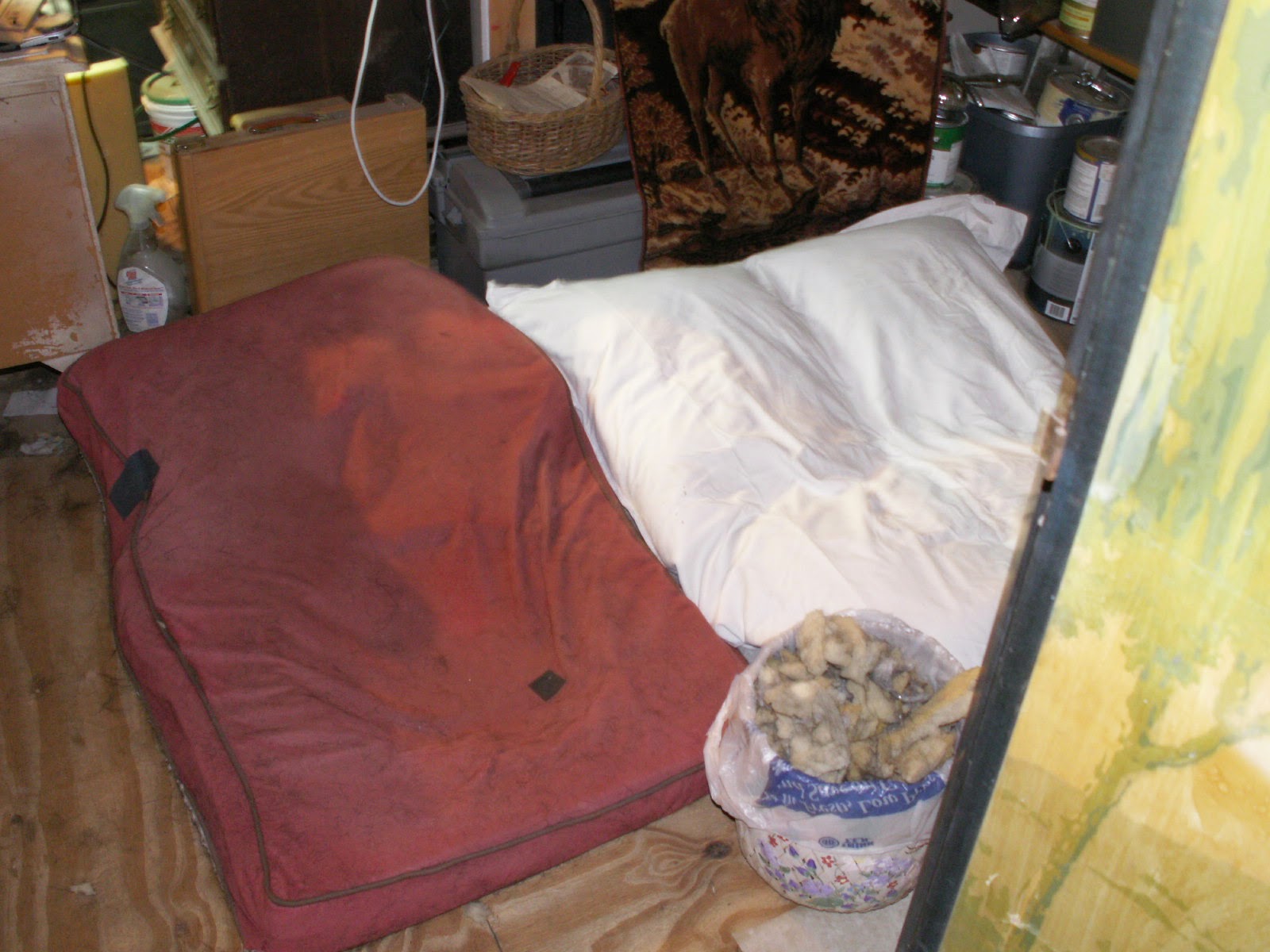 While I made sandwiches & salad for lunch, Mom took Ruger for his walk along the road. I think the hydrangea bush is going to be quite full this year! 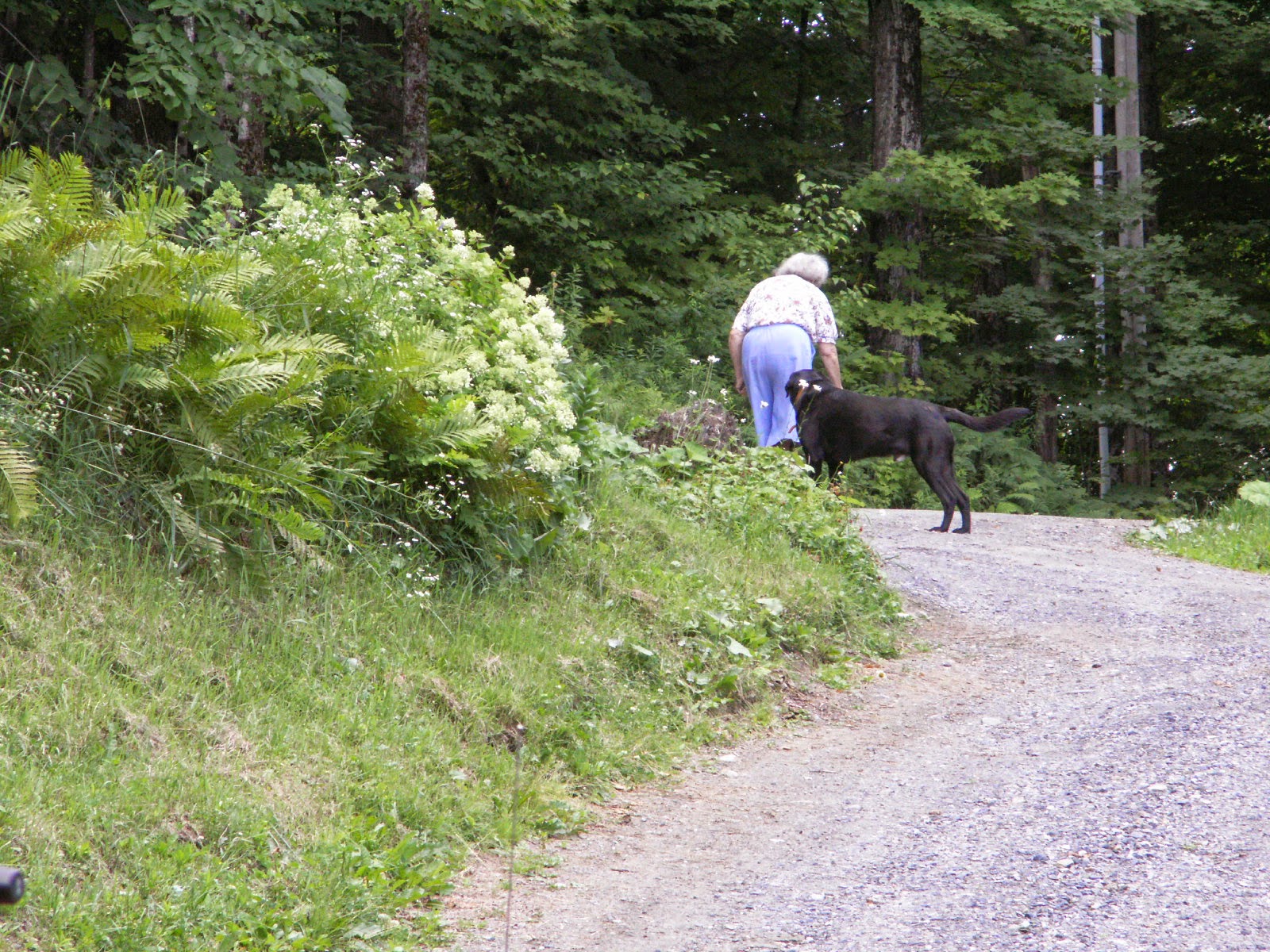 Then they picked a few strawberries. I wish I'd gotten the picture of Mom feeding Ruger one. It was so cute. We still have strawberries coming on. We've picked nearly three pints from that abundant wild berry patch. It doesn't get a lot of afternoon sunshine, I suppose that's why they're still doing so well. There are more to pick. 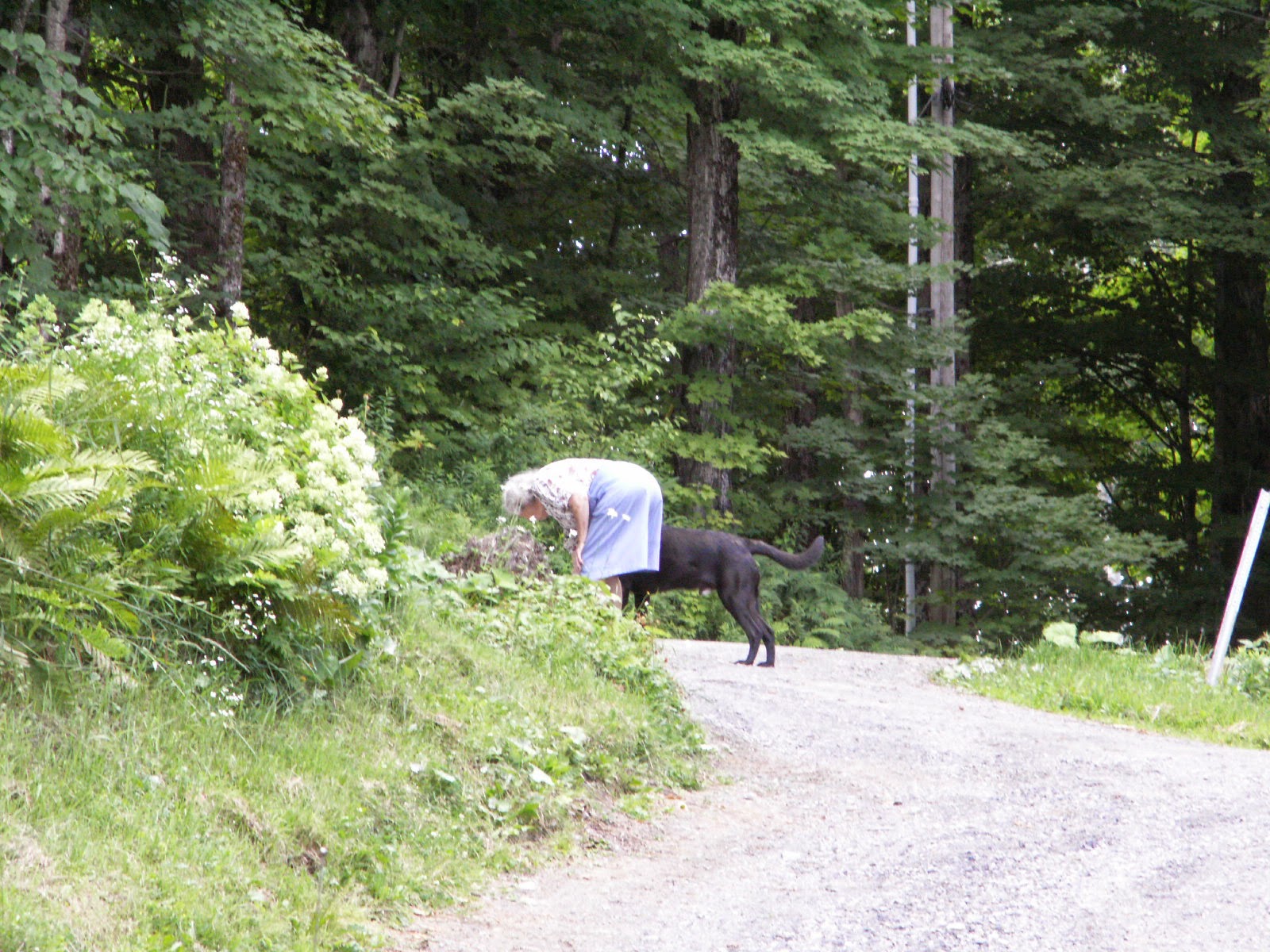 I guess it is time to head back to the top of the hill to see whether the clothes have finished drying. With this air today, they are likely perfect and smell so fresh. Mom is out in our woods, picking up sticks. I just took her some water and she told me that she and Ruger had gotten the pile pretty well stacked up! Thanks for stopping by to see what's going on on Darling Hill.
Posted by syds1girl at 2:22 PM 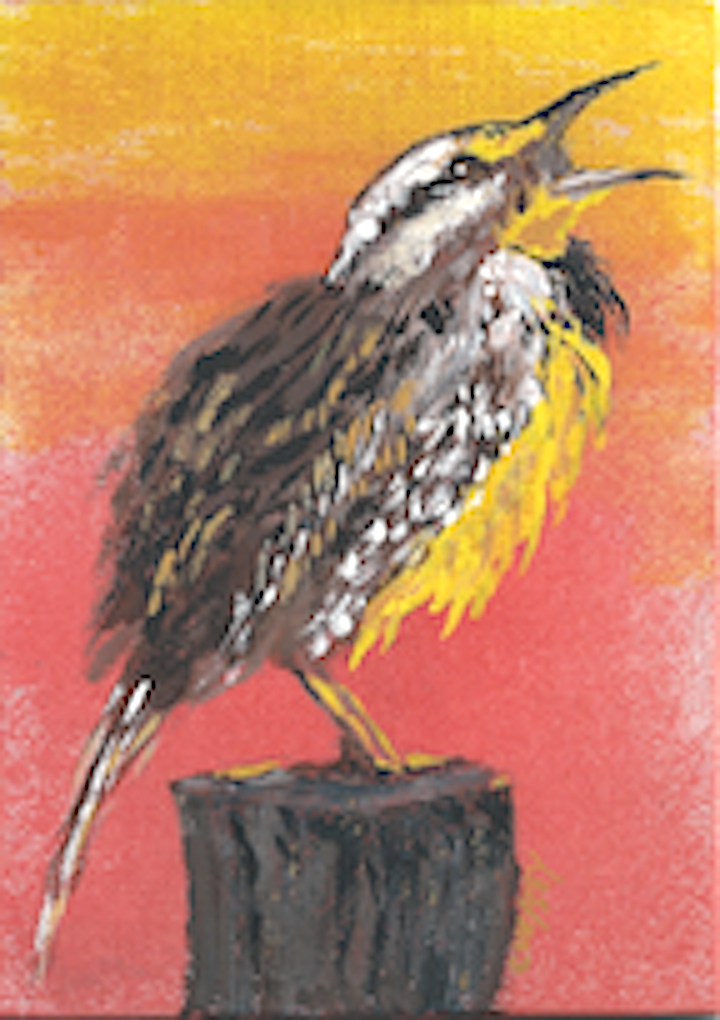 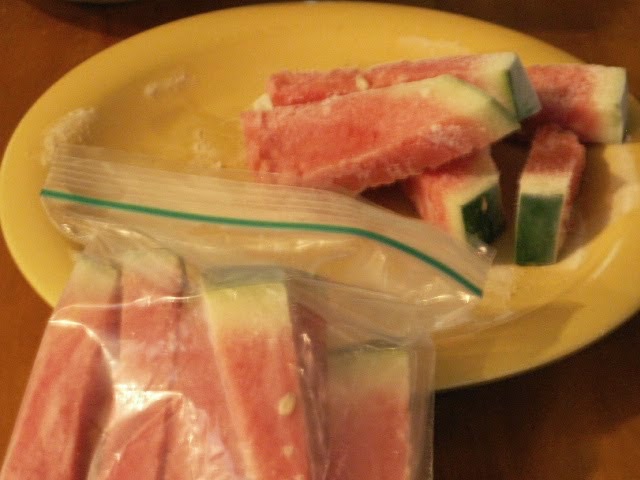 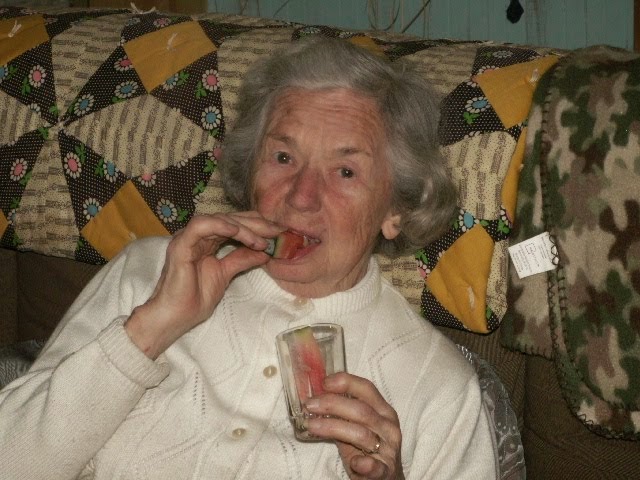 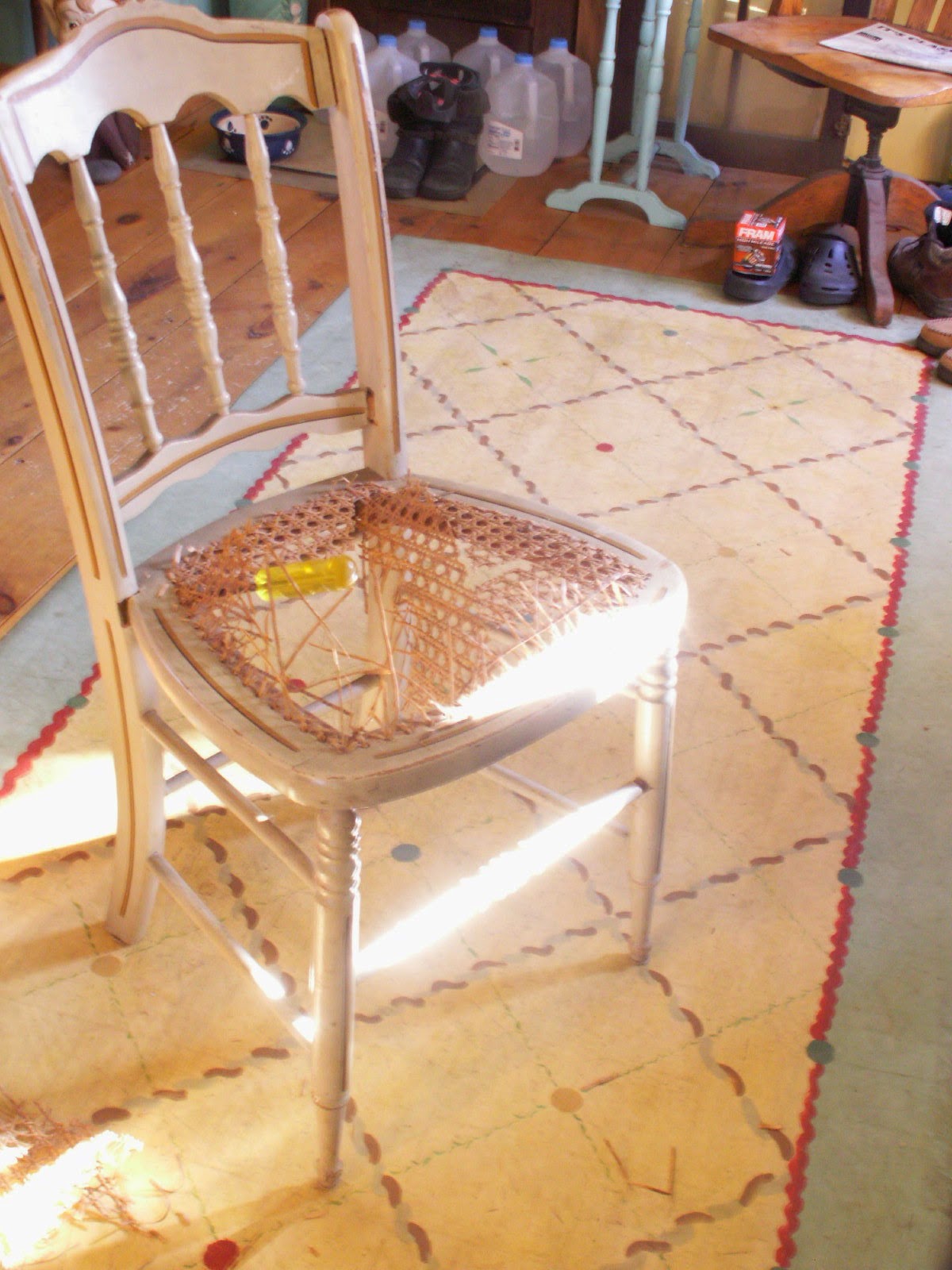 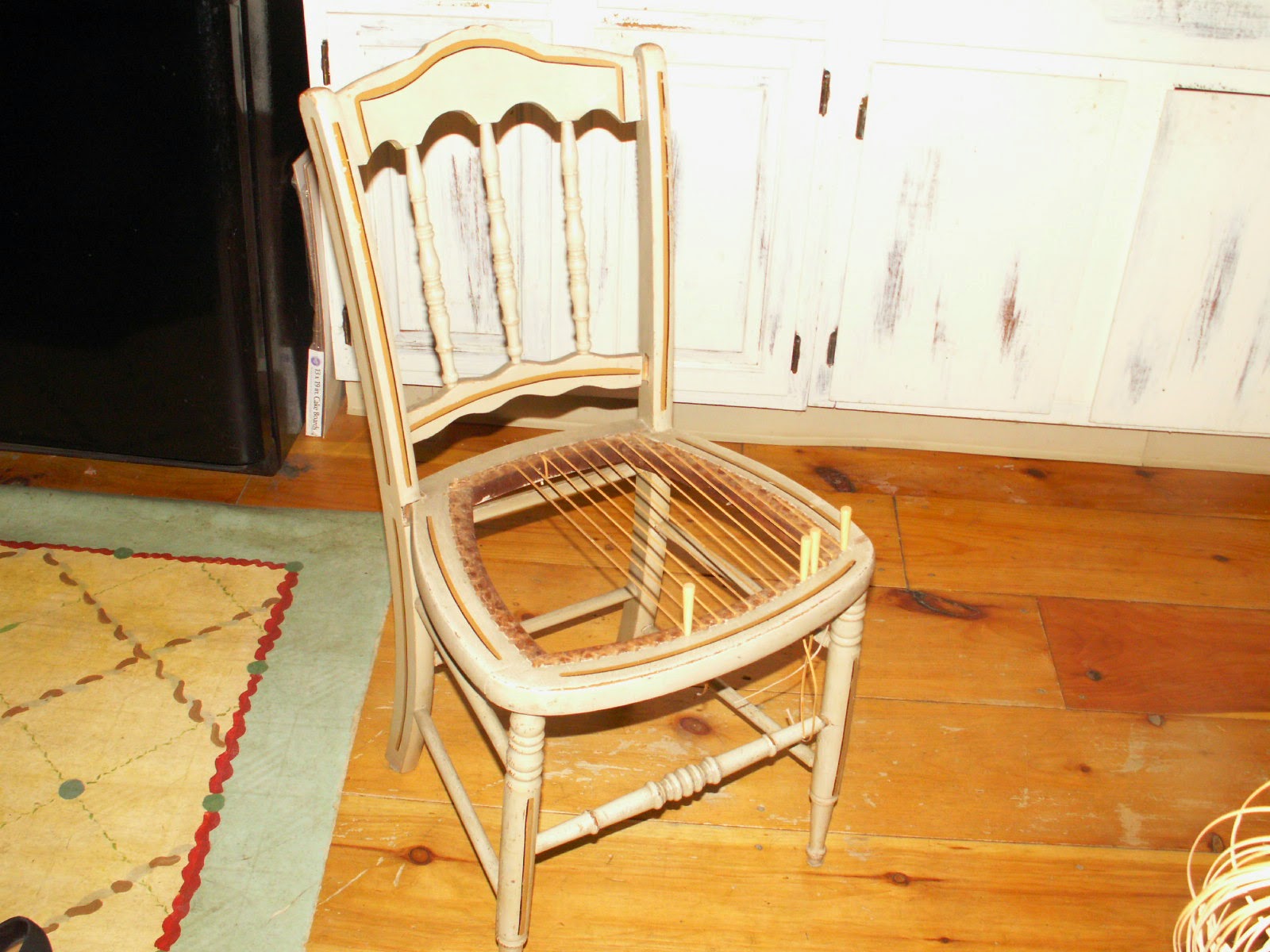 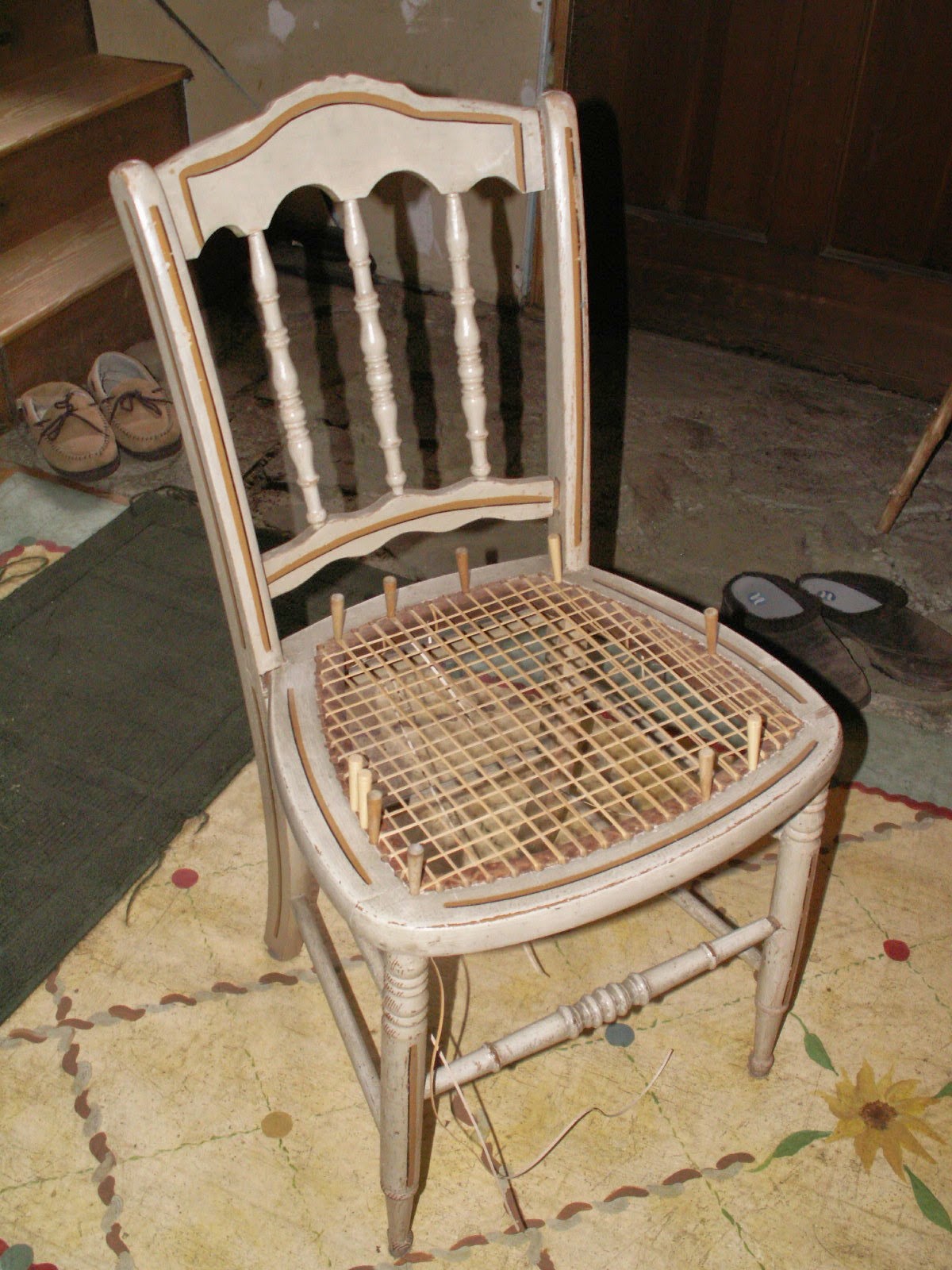 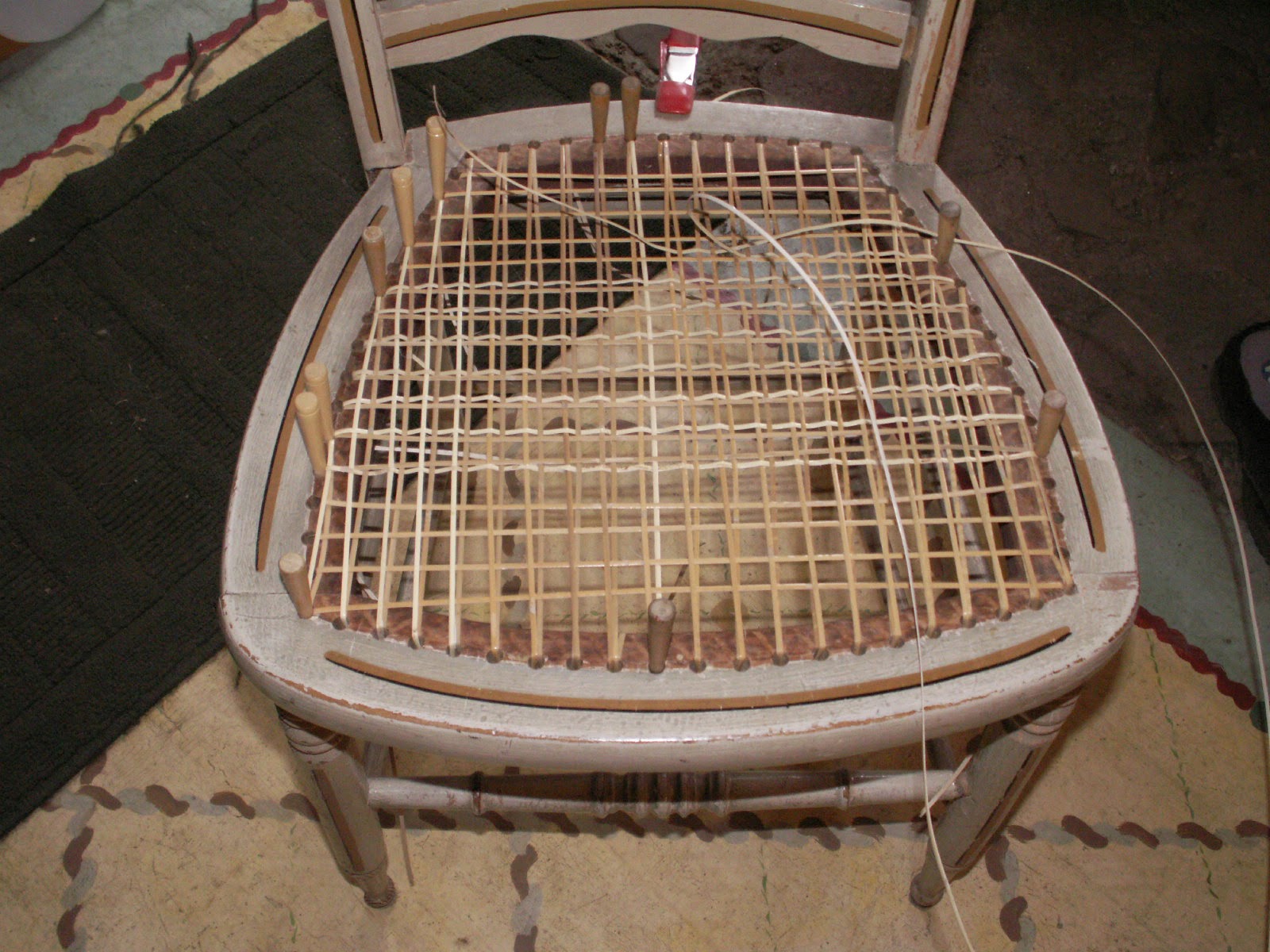 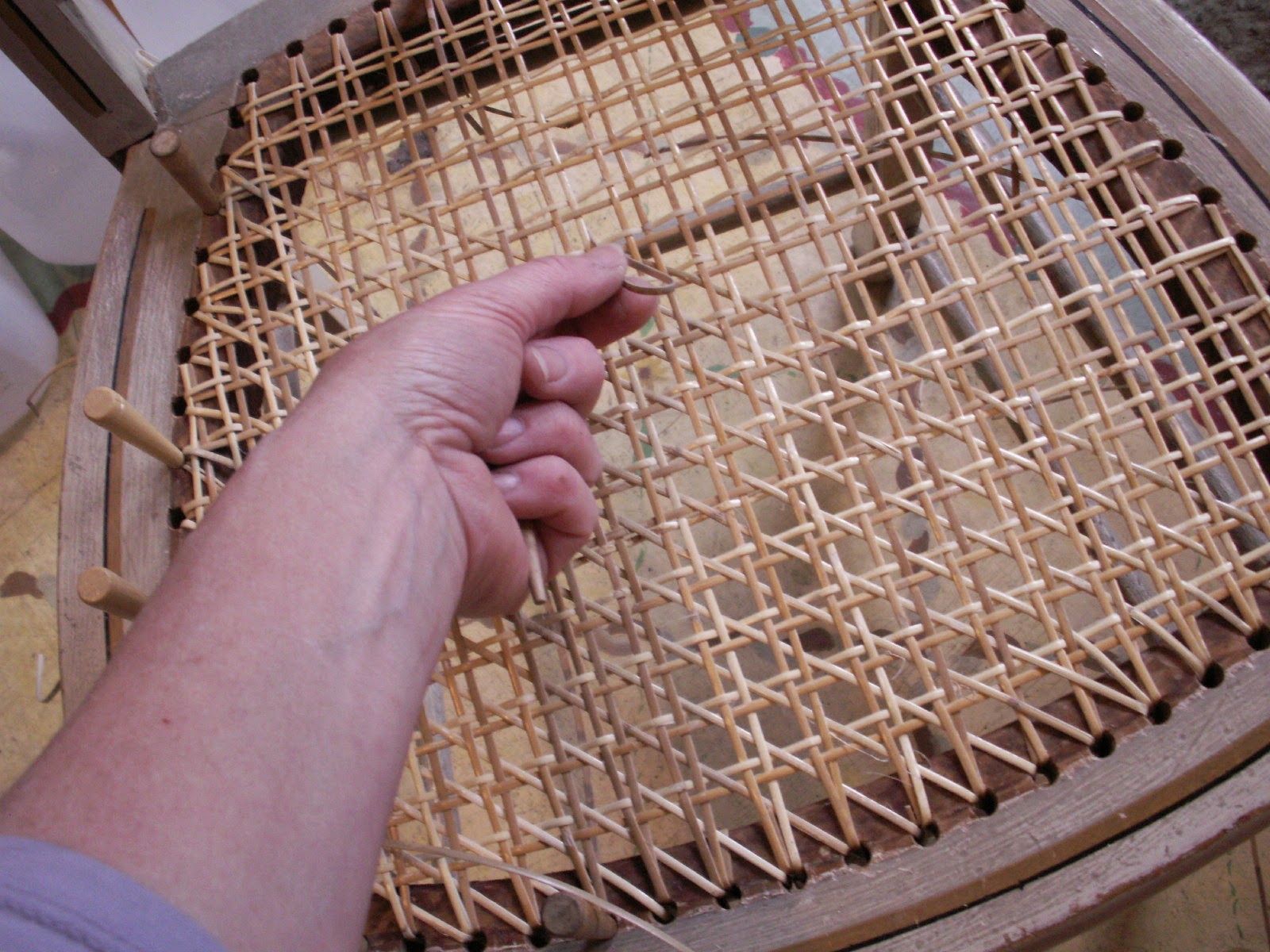 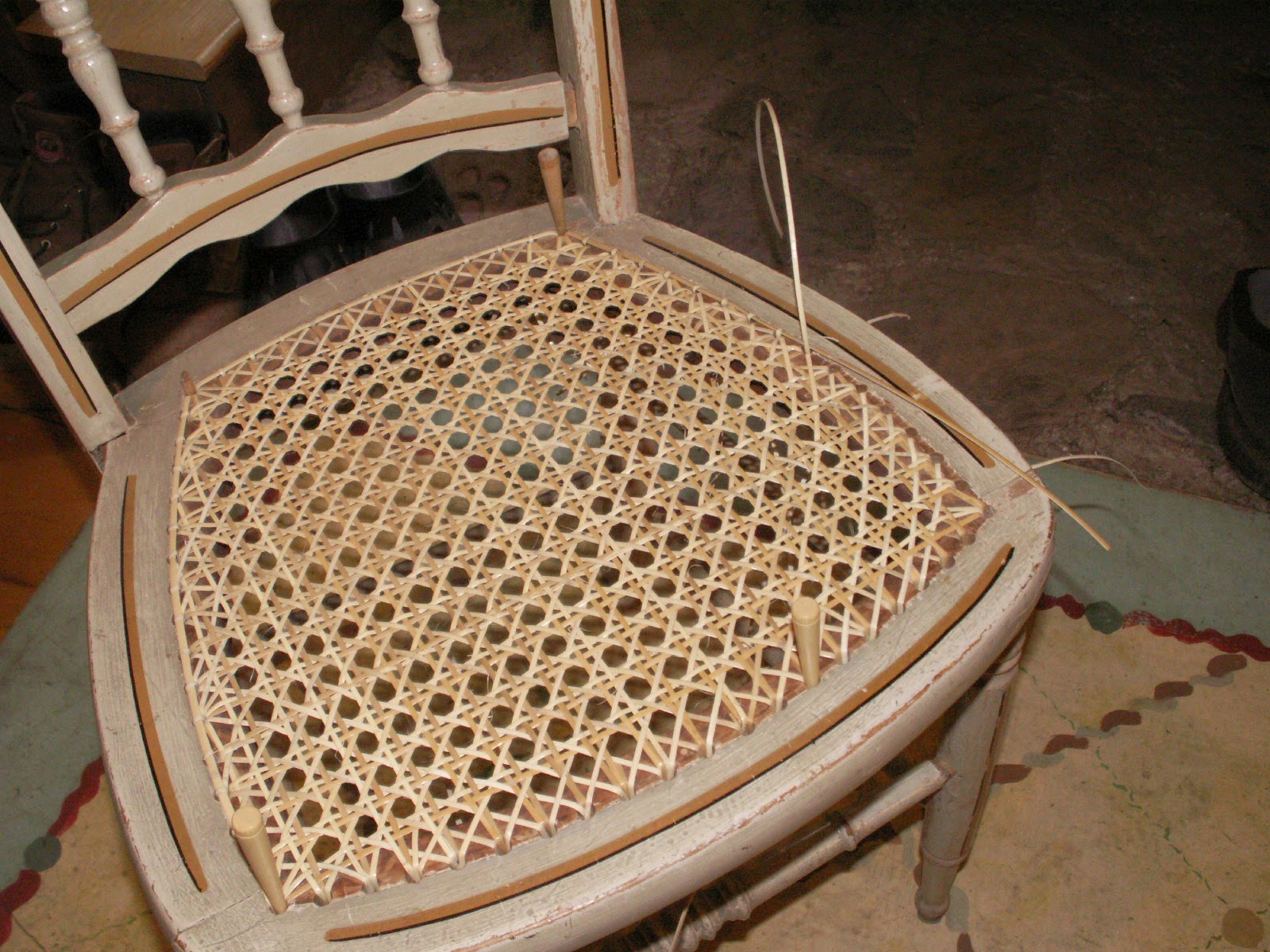 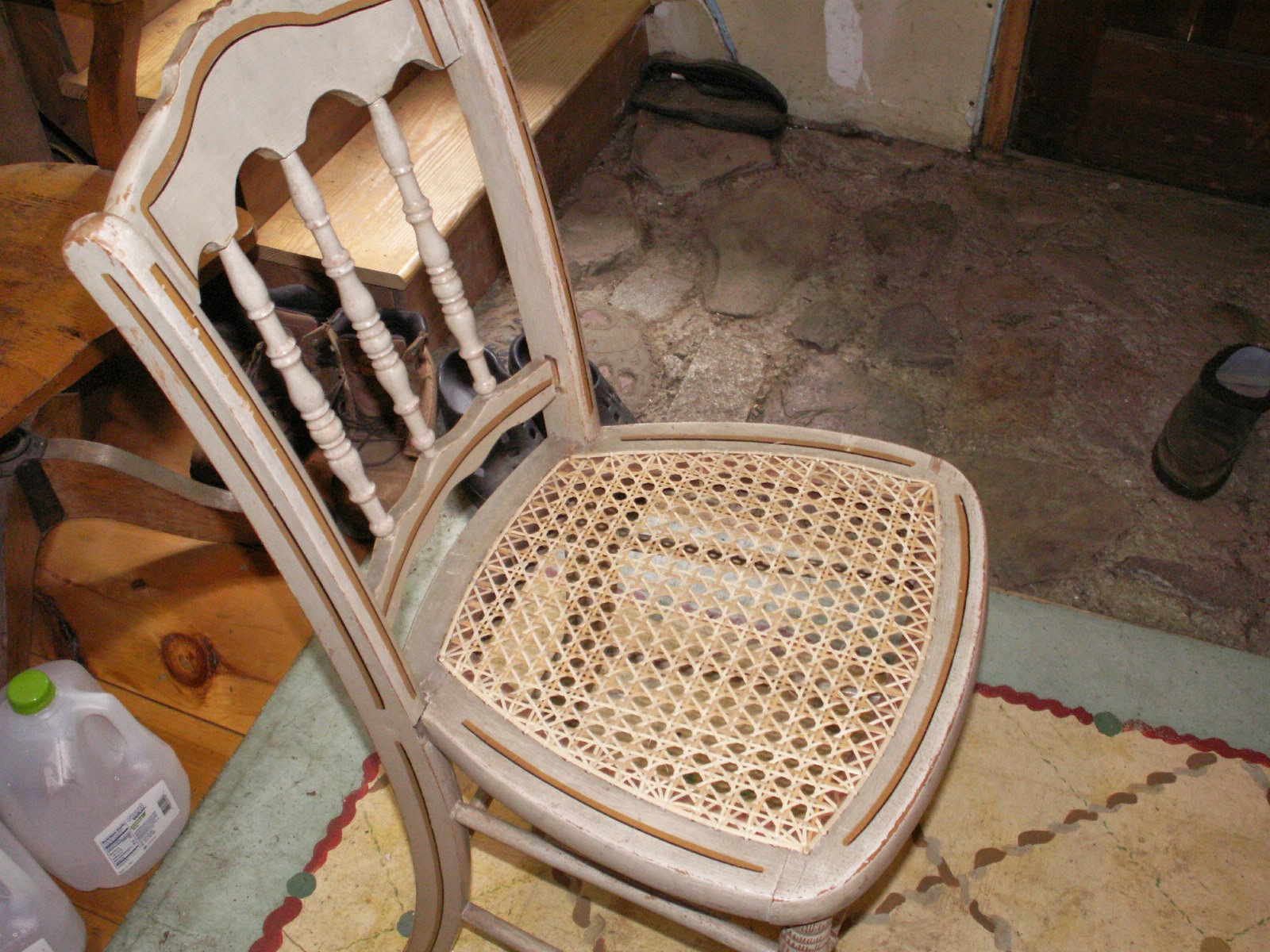 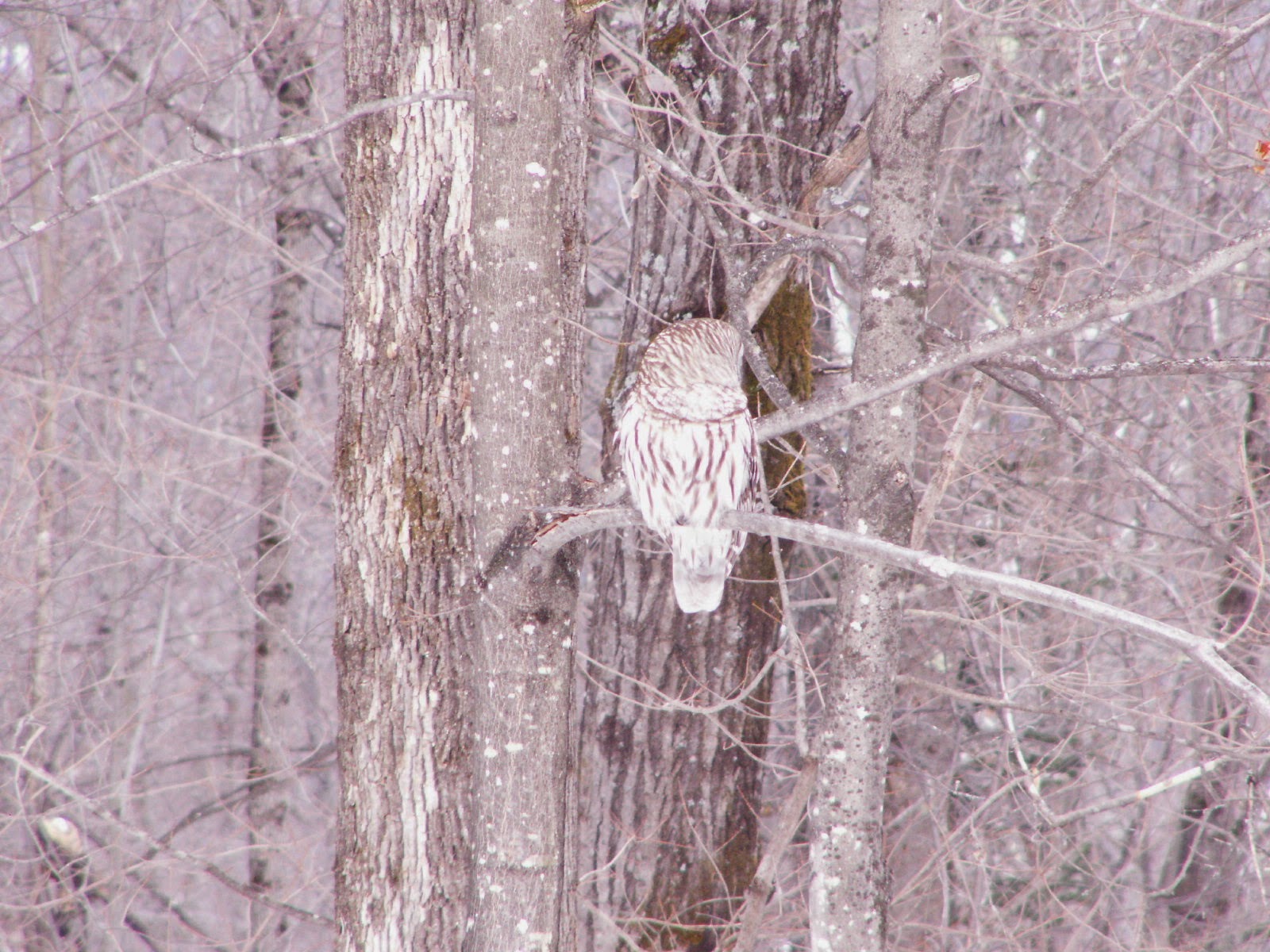 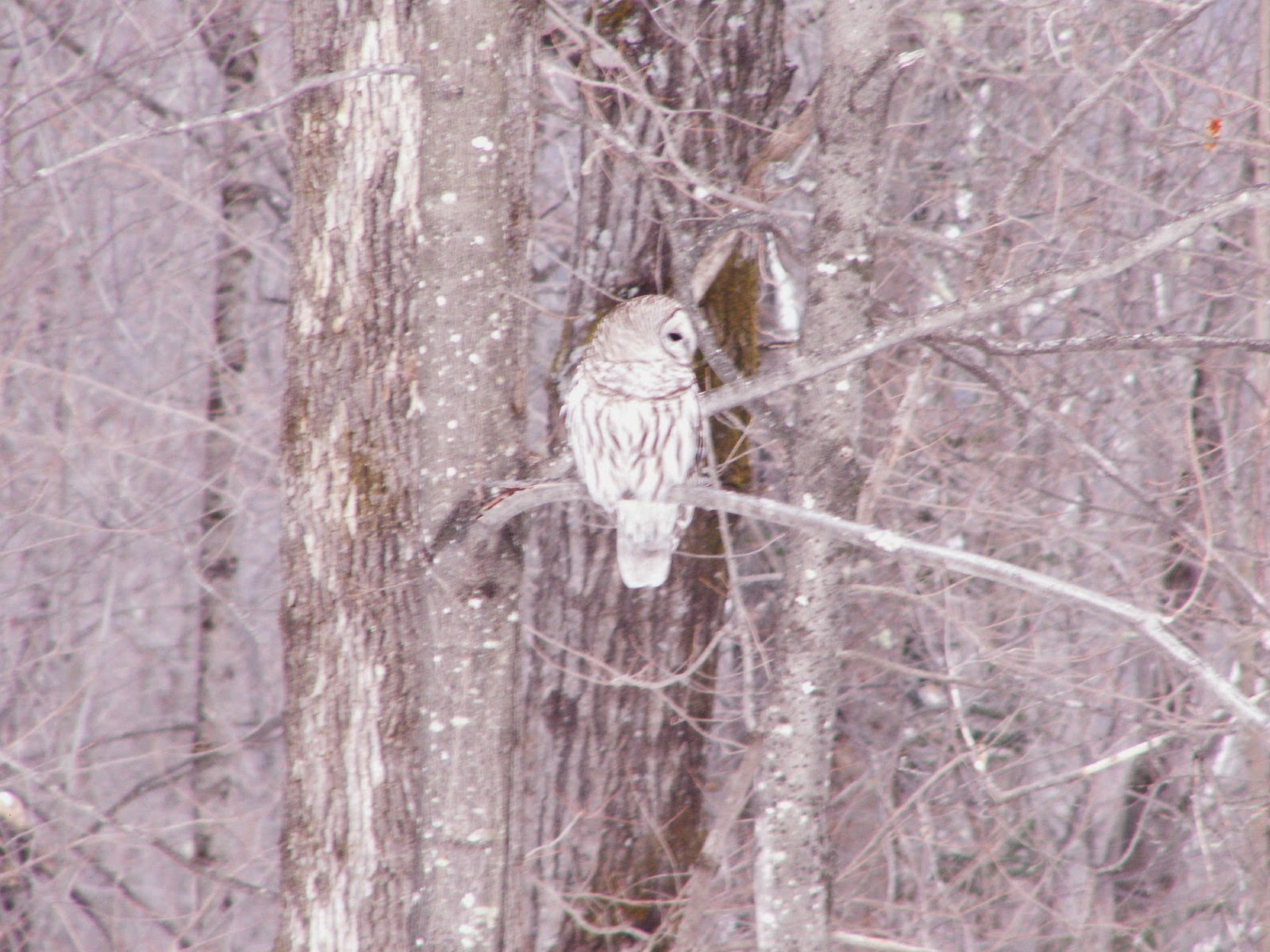 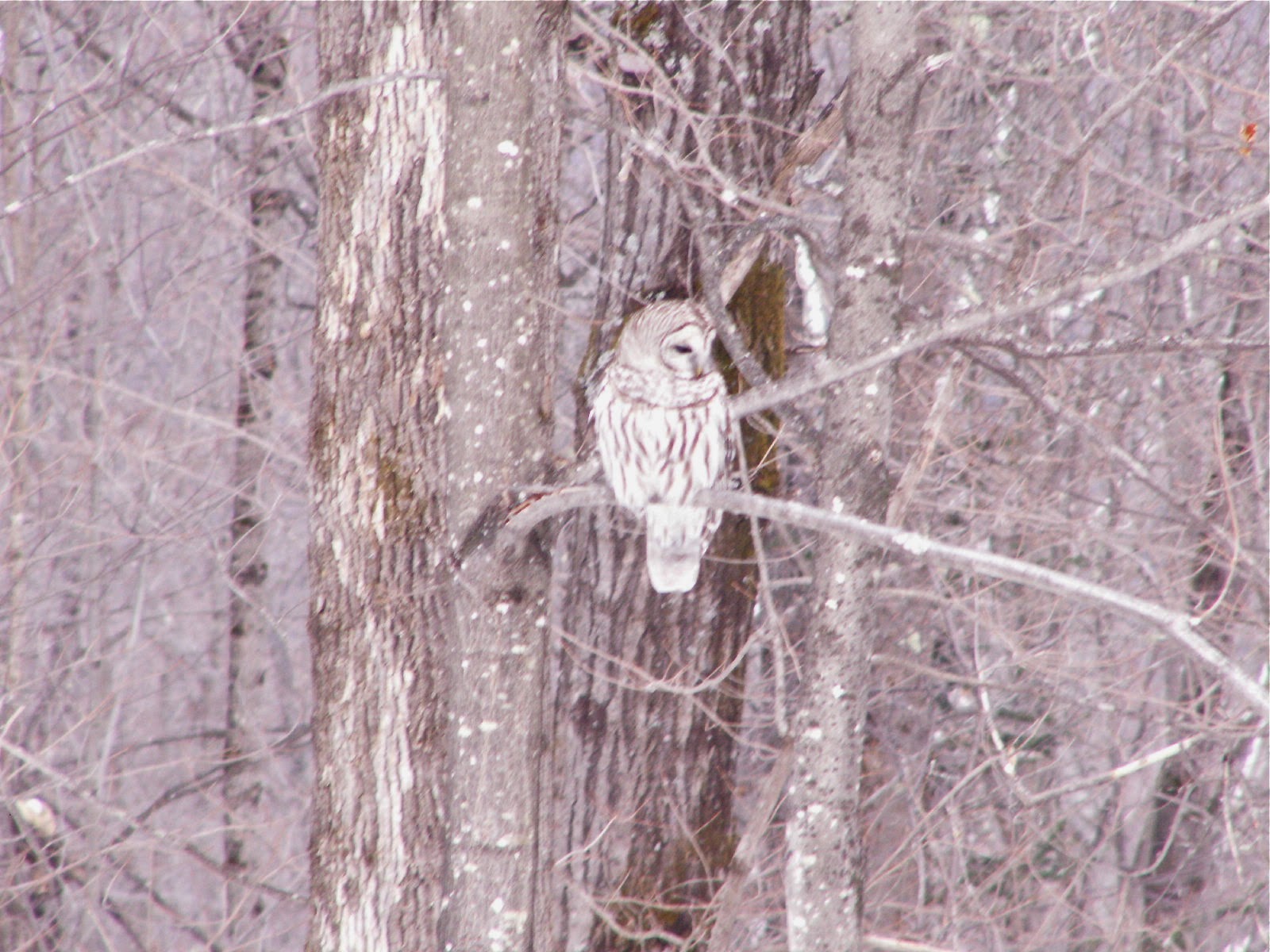 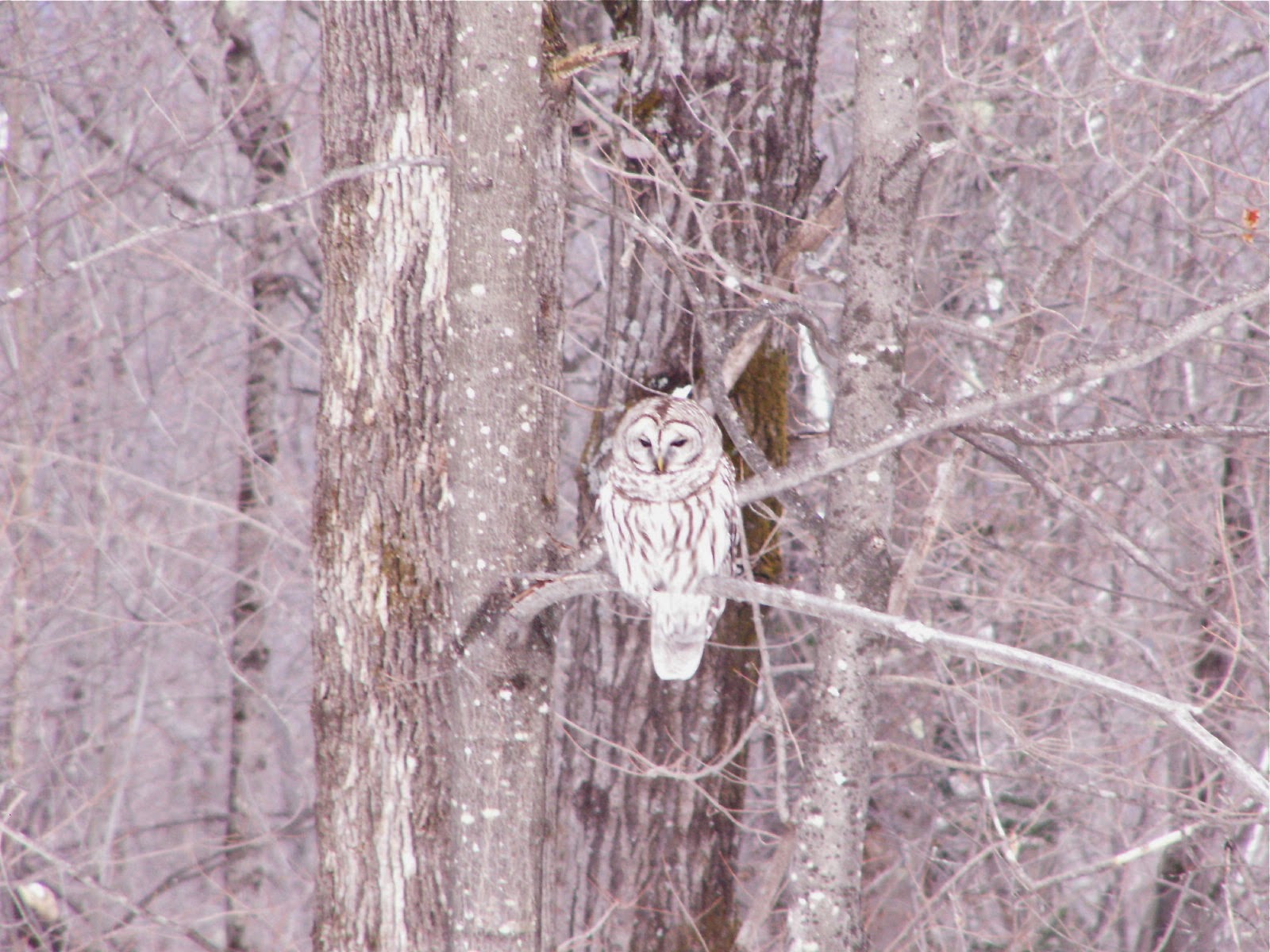 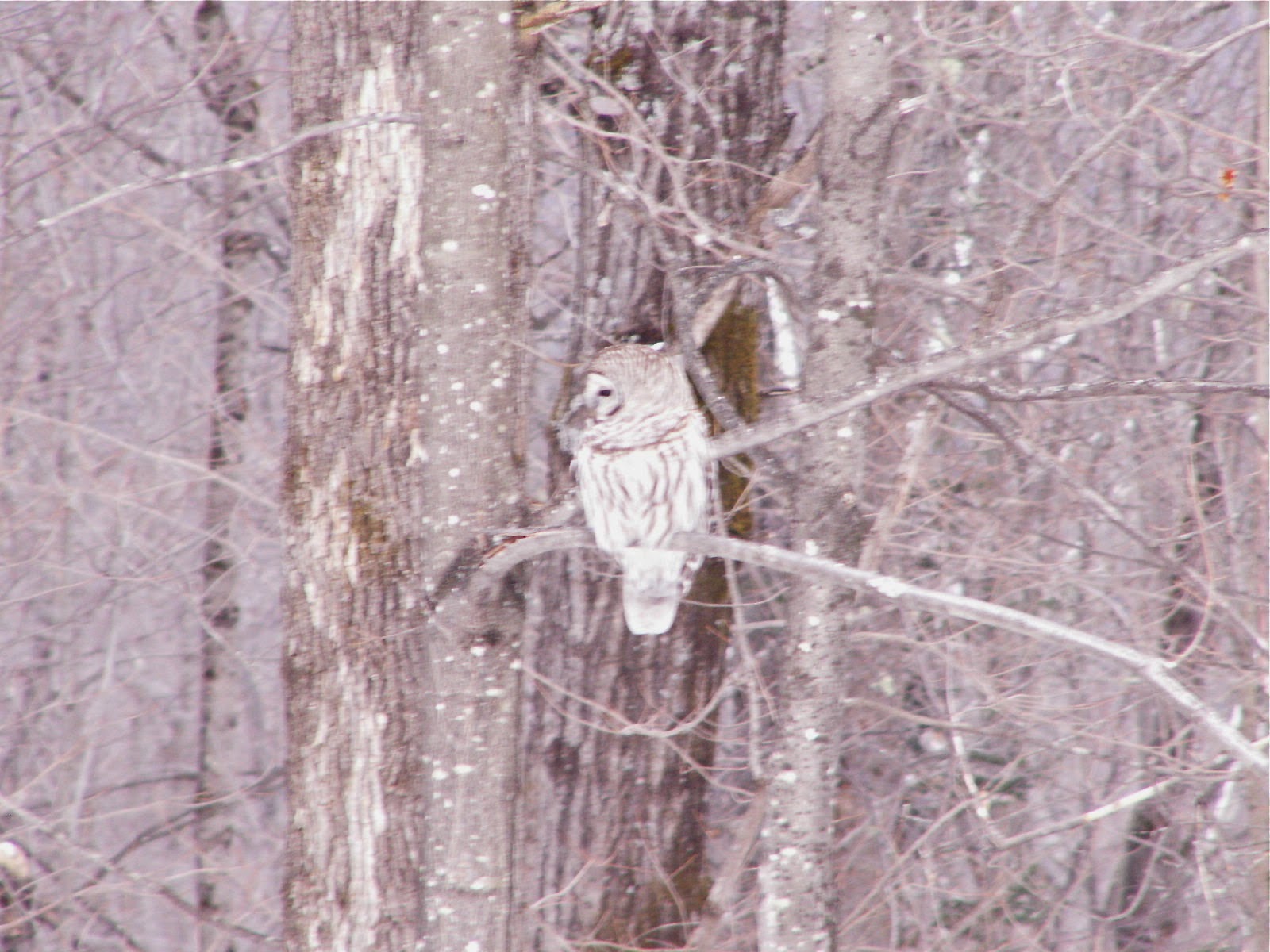 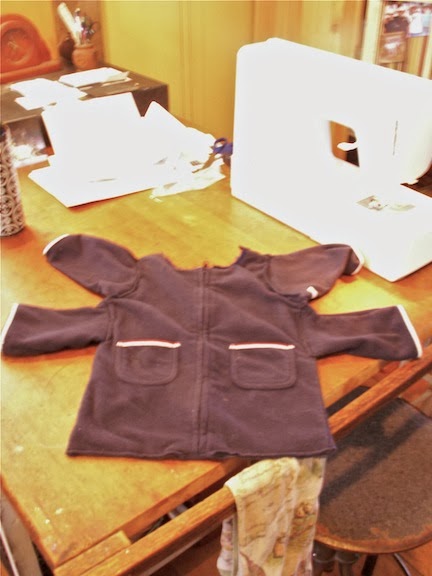 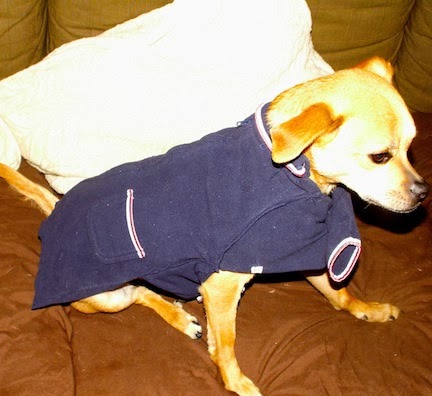 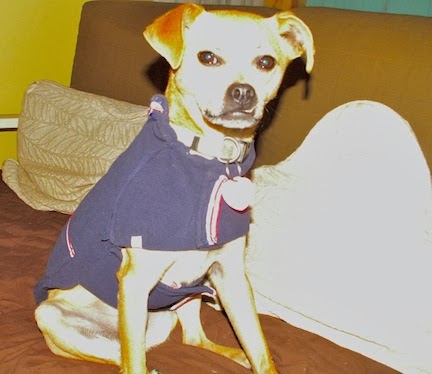 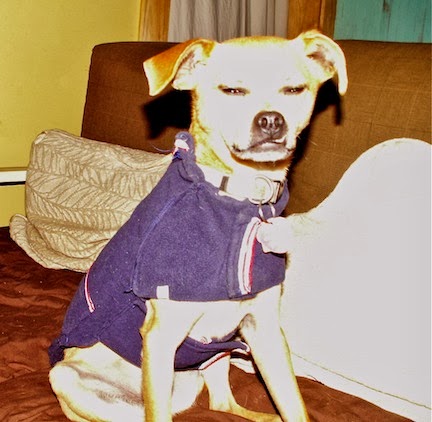 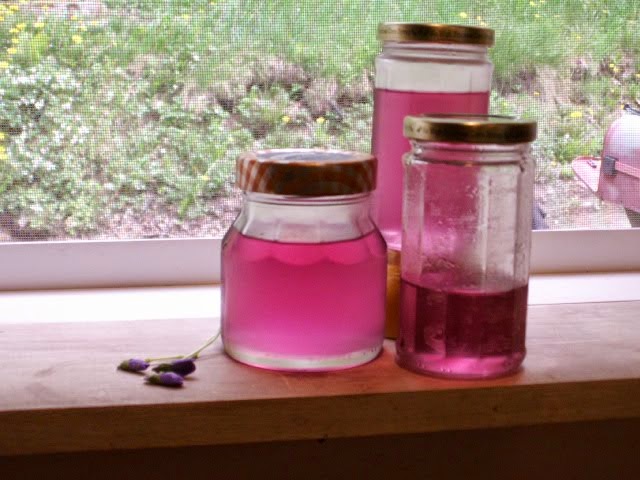 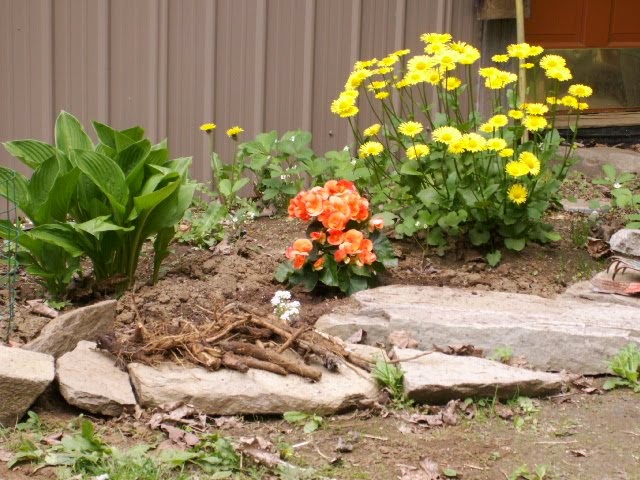